It was right here in Malden, MA where Converse dug its heels in American history. Due to the success of the charismatic salesman, Charles ‘Chuck’ H Taylor, the company began selling their All-Star high-topped sneakers under the Chuck Taylor signature mark in 1917. For a period of time, Converse’s Chuck Taylor All-Stars were known to be the official shoe of the National Basketball Association (NBA).

These high-tops transformed from an athletic shoe into a fashion icon. While no longer a dominant brand in the NBA today, musical artists (e.g. Rolling Stones), political figures (e.g. Michelle Obama), celebrities, and regular folks choose to wear their Chuck Taylor All-Stars in a number of different environments – skateboarding, concerts, or strolling through the park. There are even fan page sites, like the “chuck connection.”

The shoe design itself has undergone a bit of a makeover but the famous Chuck Taylor All-Stars can still be easily identified in a crowd that goes beyond the basketball court. Strong brand reputation? Easily identifiable? Something should be coming to mind…

The registration was issued based on substantial proof that this type of trademark, the trade dress in the Chuck Taylors, has become a distinctive, well-known mark in society through the success of sales under the ownership of the reputable shoe manufacturer: Converse. All of that is now at risk, as the value in the trade dress prior to 2013 faces potential risk of being wiped away.

The ITC held that the combined midsole design of the toe cap, toe bumper, and stripe was not entitled to trademark protection under the common law and found invalid Converse's federal trademark registration due to the absence of an acquired secondary meaning. When a mark is initially not protectable as a trademark due to lack of distinctiveness, it may become protectable through secondary meaning. Secondary meaning, or “acquired distinctiveness,” occurs when consumers no longer see the mark as a way to describe a product but rather begin to associate the mark with a particular source (e.g. producer of goods). Converse appealed the ITC’s final determination and the Federal Circuit of the U.S. Court of Appeals reviewed the case.

From left, a Converse All Star shoe and shoes from Fila and Bobs.

This past October 2018, the Federal Circuit made a decision on the appeal and decided to vacate the ITC’s final determination of the Section 337 violation and remand the case back to the ITC for review. In Converse v. ITC and Sketchers, New Balance, et al. (Fed. Cir. 2018), the Federal Circuit held that the ITC applied the wrong standards in determining secondary meaning by failing to consider critical elements in their likelihood of confusion analysis. Specifically, the relevant date for assessing when Chuck Taylors acquired a secondary meaning and the comparison of substantially similar shoe designs of third parties.

As for determining secondary meaning, the Federal Circuit clarified a six factor test: (1) association of the trade dress with a particular source by actual purchasers (typically measured by customer surveys); (2) length, degree, and exclusivity of use; (3) amount and manner of advertising; (4) amount of sales and number of customers; (5) intentional copying; and (6) unsolicited media coverage of the product embodying the mark. Despite that the Converse’s Chuck Taylor design has been in the market for almost 100 years, only the most relevant evidence will be looked at when analyzing whether a mark has acquired a secondary meaning. Following the precedent of other U.S. courts, the Federal Circuit stated that the most relevant evidence would be Converse’s and third parties’ use of midsoles designs that appeared substantially similar to the Chuck Taylor’s in the five-year period prior to the first use or infringement.

The Federal Circuit remanded the case back to the ITC to carry out this analysis of secondary meaning. The Federal Circuit is setting precedent for future trade dress infringement cases that come before the International Trade Commission and Trademark Trial and Appeal Board. In the meantime, the outcome of the case poses a potential shift in the legal landscape of trademark law.

Trade Dress, Converse, and What It Means To YouAs a business owner, you probably know by now the importance of having a strong brand image. One way to communicate your brand to others is through the use of trademarks or service marks. Trademark rights are established through using the mark in connection to your goods, meaning selling your products with the logo or company name attached. The trademark itself is used to communicate an expected level of quality your products have in comparison to your competitors (if any) – i.e., the value behind the brand.

Building a strong brand may take time. Depending on the industry you are in, that may result in years of research and development, effective marketing and advertising strategies, networking in the right distribution centers, and much more. There’s no denying that a lot of time, money, and effort goes into building a brand. So how would you feel if someone else – a competitor even – was riding off the blood, sweat, and tears you put in? That someone else was using your trademark to make money by selling products you have no affiliation to or approval of? Probably not so good. 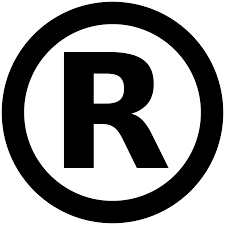 When you’re just starting out, being vigilant about trademark trolls may be manageable to do so on your own. The task of fighting off infringers will become more difficult as your company begins to successfully grow across new geographic areas in the United States and beyond. At some point, your concern will not just be who’s using your mark within the United States, but who’s trying to get products bearing your mark into the United States. Luckily, having a valid trademark registration can provide you with some helpful protection services of the International Trade Commission (ITC) under the Tariff Act of 1930.

As we are seeing with the Converse case, establishing valid rights in a trademark can be difficult even when you have a well-known iconic brand. Trademark rights do not just end with receiving a trademark registration. To keep your brand alive and strong, you will need to stay on top of your trademarks until you choose to no longer benefit from the value behind the mark.

If you need help building the value behind your brand, effective intellectual property management strategies need to be put in place. For assistance on how to do so, please reach out to Attorney Christina A. Simpson, Esq. here.

Why should I register my business name?

How can I protect my idea?!

Do I really need a business plan?